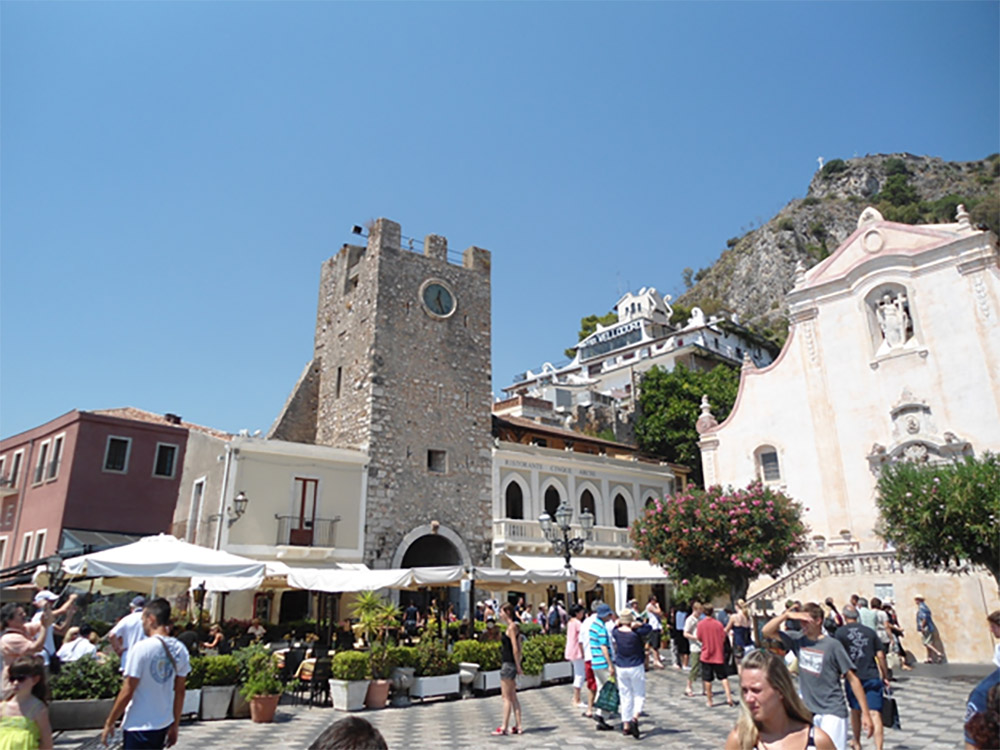 If you have been to Italy, you know that there is too much to see in a lifetime let alone one trip. From Venice, to Milan, to Florence, to Rome, to Naples, one can spend weeks in those cities alone. Though I highly recommend visiting those cities if you have never been to Italy before, I would also recommend getting off the beaten path a little and finding those hidden gems.

I was fortunate enough to live in Italy for a couple years after high school as a missionary. Though I had to stay in my different assigned areas, I was able to see and explore most of southern Italy. Iâm going to share with you just four hidden gems that I found during that time. I canât share them all with you now or else this article would be way too long.

Two of them are in the region of Apulia, one from Basilicata, and the other from Sicily. We will go through them in that order.

Ostuni is a beautiful city along the east coast of Italy in the region of Apulia. It is a city that was settled in the stone age, was destroyed by Hannibal, and then rebuilt by the Greeks. It is known for its orchards and vineyards that surround the city, its beaches, but mainly for its historic downtown that is all white. This has given the city the nickname âThe White Cityâ. Almost all of the buildings are white, except the churches and a few other buildings. 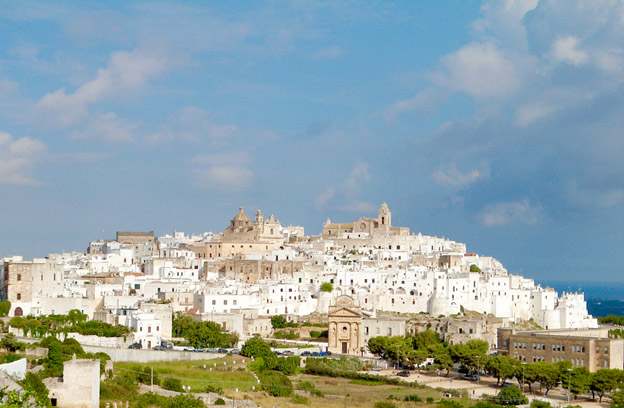 From downtown Ostuni, you can walk to the city walls along the east side and see a beautiful panorama of the Adriatic Sea. Along the way you will see many local restaurants called trattorias in which you can find locally grown and caught food prepared in many ways to eat. In Ostuni you will find delicious seafood restaurants. 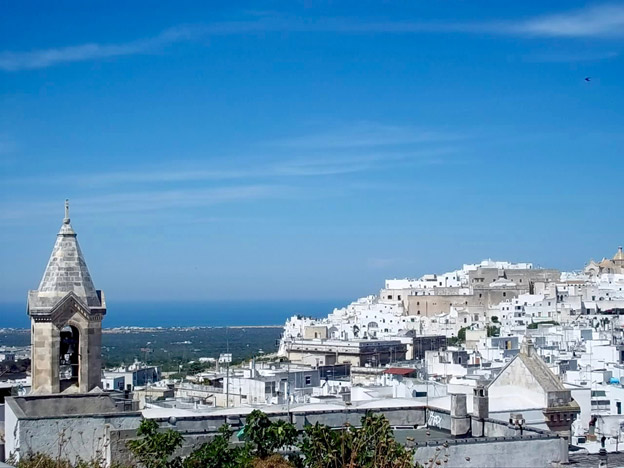 If you get the chance, go out of the city to a masserie. A masserie is a fortified large estate-farm where, in this area of Italy, olive orchards are plentiful and grape vineyards stretch beyond the hills. Many of these masseries have been turned into bed and breakfasts in which you can enjoy the peace of the Italian countryside and possibly even learn to cook some Italian dishes famous to this area.

One last fact about Ostuni. In the winter the population is usually around 32,000 people but rises to 100,000 in the summer.

My favourite part of Ostuni was just exploring the white downtown area. It is so unique compared to other old downtowns in other cities that I was mesmerized.

To get here, the easiest way would be to take a bus or train from the city of Bari. Bari is one of the main hubs in Apulia and can easily be travelled to from Naples or Rome.

Alberobello is located a little northwest of Ostuni still in the region of Apulia. It only has about 11,000 people and is known for its unique buildings called trullo. It was designated a UNESCO World Heritage site in 1996. 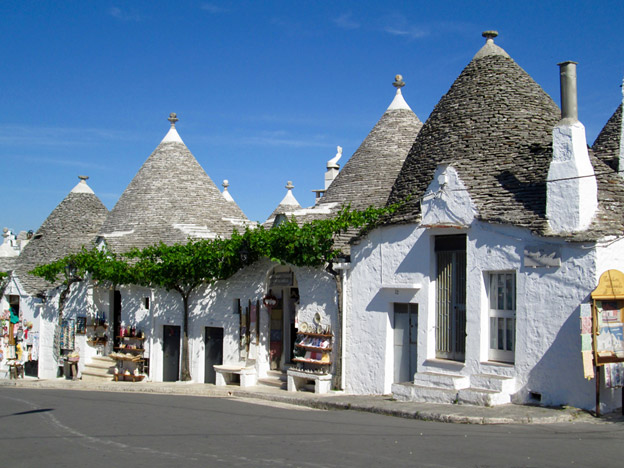 Downtown Alberobello is full of trulli (the plural form of trullo). As you see in the image, they are shaped like a cone. They are built from limestone in a method that is from the 14th century. Because of the thickness of the walls, trulli do not need heat to keep them warm in the winter, nor air conditioning to keep them cool in the summer. Some people still live in them in the downtown area while many others have been turned into little shops, restaurants, and other tourist attractions. I would recommend finding one just outside the city that has been turned into a bed and breakfast so you can really enjoy these amazing buildings. 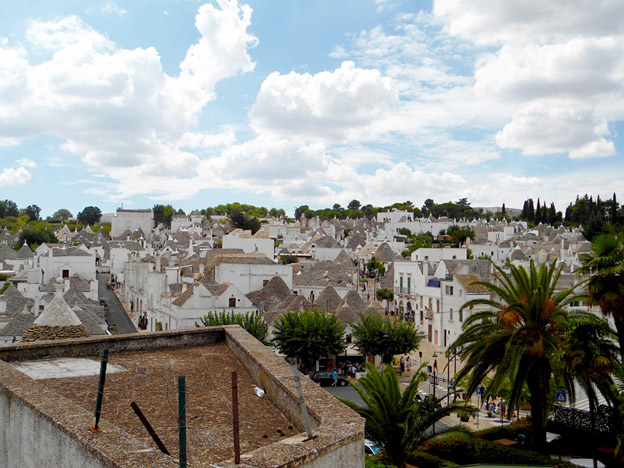 The downtown area with the trulli isnât large so just take the time to walk around, look at the shops, talk to the locals, eat a meal, and enjoy this fantastic place.

Just like Ostuni, I would recommend getting here from Bari by train or by bus.

We move to the region of Basilicata as we go to Matera. It is known as the Subterranean City because of its caves or âSassiâ. It became a UNESCO World Heritage Site in 1993. It is said that this city was founded in the 3rd century BC by the Romans but there was a prehistoric troglodyte settlement which is thought to be one of the first settlements in all of Italy. 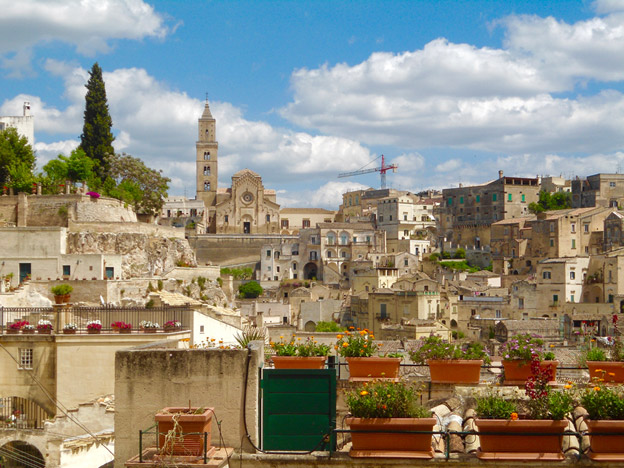 All of the old city is just a dream to walk through. As it is all built and carved from the same rock, it seems as if you are walking through a city from a fable. There are many restaurants, shops, and houses that are all still down in the old city. Getting to each of them, however, may serve to be a small challenge. The roads, pathways, and stairs were not built in straight lines, they all curve and go in every which direction. I found it fun to get lost in the old city as you never knew what you would see around the next corner. 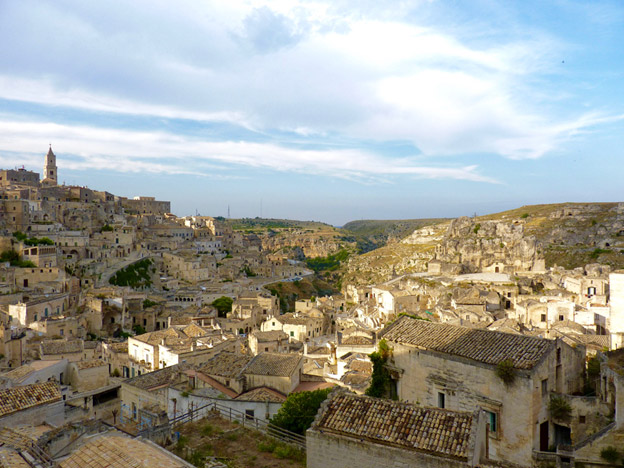 The lower you go in the old city the older the buildings get. We explored further down and were able to see some of the houses carved right into the hillside. It was amazing to see how these were built. 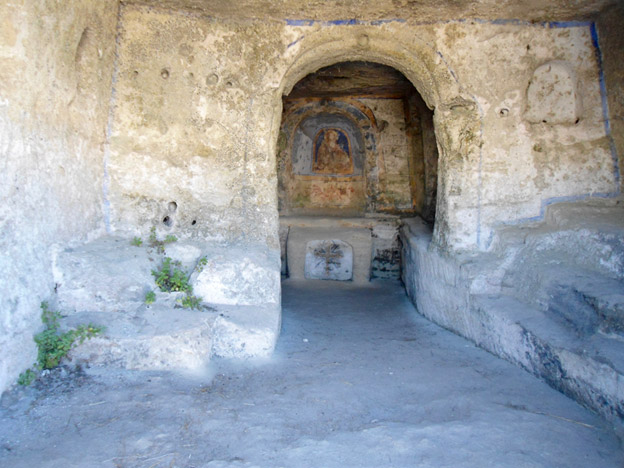 The best view of Matera is from the hill across the ravine. From this hill you can get a full panorama of the old city and see the layers of how the old city progressed. 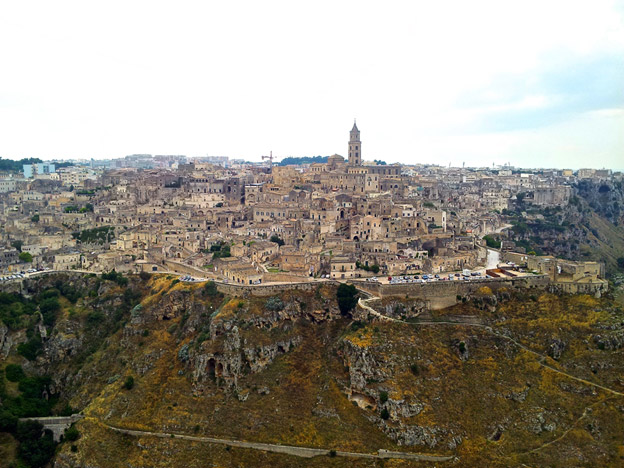 Fun fact, The Passion of the Christ was filmed in Matera and surrounding areas. This is because Matera resembles the layout of Jerusalem.

To get to Matera you can take a bus or train from either Bari or Taranto. I would suggest, however, renting a car and driving. This way, you can see the beautiful countryside as you go, and then you can more easily make it to the hill on the other side of the ravine to get the best view of the city. If you get the chance to be on the hill at night, the view of the city lit up with lights is breathtaking. 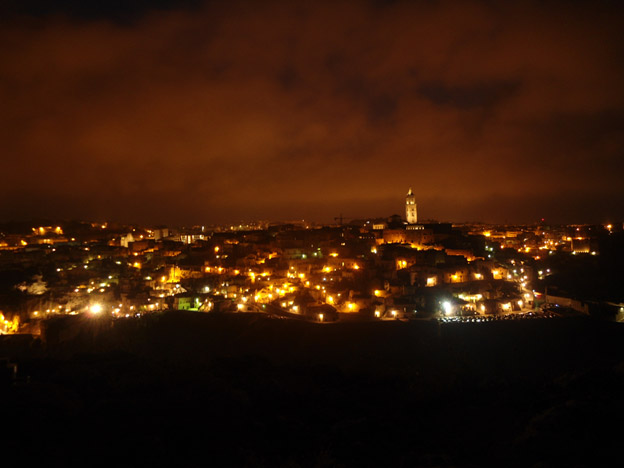 For our last destination we are going further south into Sicily. Sicily itself is full of hidden gems but this one may be the best in my opinion. Located along the eastern coastline, Taormina is a city built in layers along the cliffs. It was founded around 400 BC. 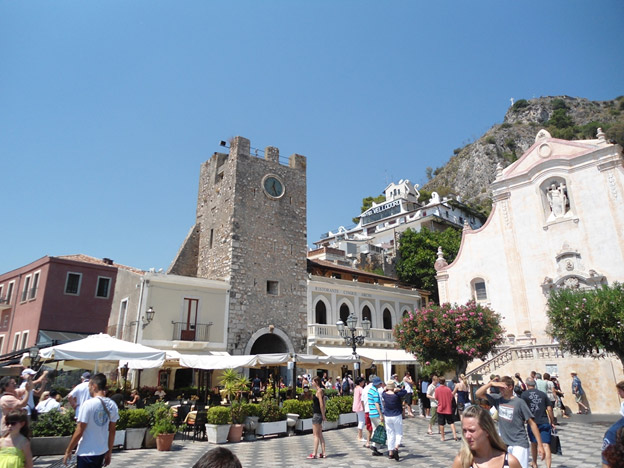 Taormina is known for its beaches, hot sun, delicious seafood, and beautiful sites. Its most iconic tourist attraction would be the ancient Greek theatre. It is a large outdoor amphitheater that is still in use today. You can tour the theatre, which I would highly recommend, for a small fee. The views from it are spectacular. On a clear day, you can see down into the bay by Giardini Naxos and up over to the active volcano Mount Etna to the south. To the north, you can see up the coastline and even into Calabria on the mainland of Italy. 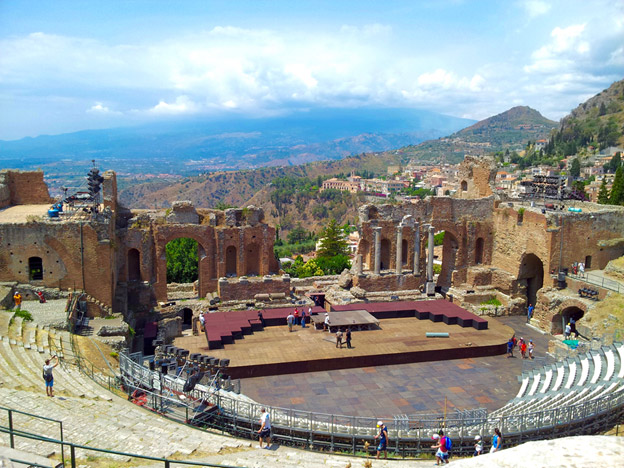 The streets in downtown Taormina are some of the most beautiful in all of Italy. They are picture perfect. You can find many shops, restaurants, and hotels to stay in. And if you want to get down to the beach in a hurry, just take the tramway. 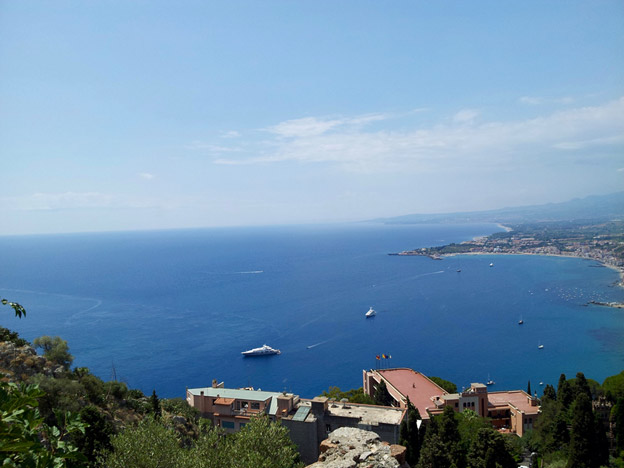 To get to Taormina you can either go north from Catania by bus or train. Catania itself is reachable by plane. Or hop on a train or bus and go south from Messina. It really depends where you are. I recommend taking the bus from either Catania or Messina because the bus will take you right up into the city. If you take the train, it drops you off on the coast, which means you then have to take a bus anyway up into the city. So unless you are just wanting to go to the beach, or start your day at the beach, I would recommend taking the bus.

These are just four hidden gems in Southern Italy I was lucky enough to visit. The south is a little less tourist popular but does not lack in amazing sites to see and explore.

Bio: BrianÂ Sloan, a Canadian raised artist and travel blogger. I have lived in many different cities in Canada, Italy, and have travelled to many places in the United States. Each of these locations has become a part of me and has inspired my blog articles and my art!