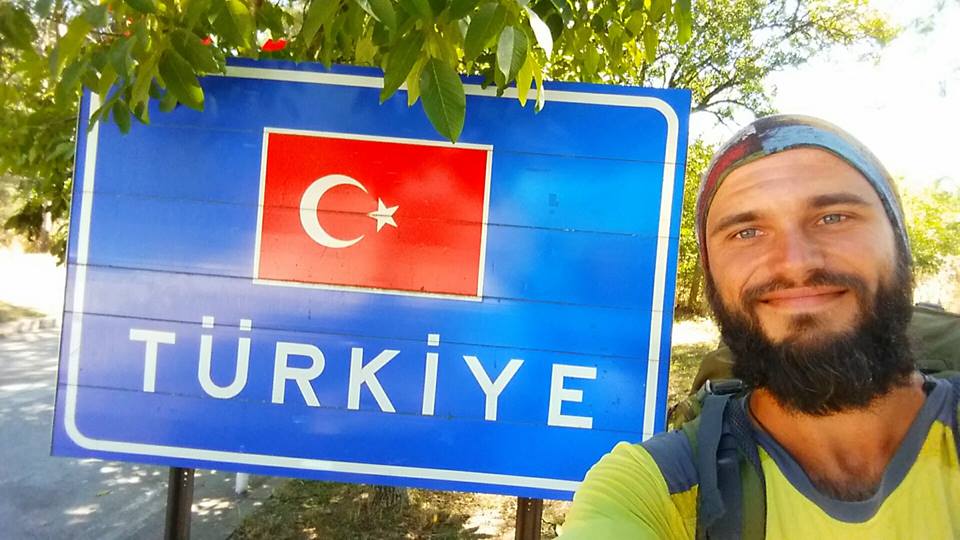 My journey walking around the world – Robin Aron Demmer

Meet #OurStoryteller, Robin Aron Demmer from Germany who is on a mission to walk around the world! Yes you heard that correctly.

After leaving Germany on 13 May 2017, Robin has so far walked through Austria, Italy, Slovenia, Croatia, Serbia Bulgaria, Greece, Turkey and Georgia.

Having met Robin during my travels in Bulgaria, he is one of the most inspiring and down to earth guys I have ever met.Â Â Get ready to be inspired, and never complain about taking that extra set of stairs again! 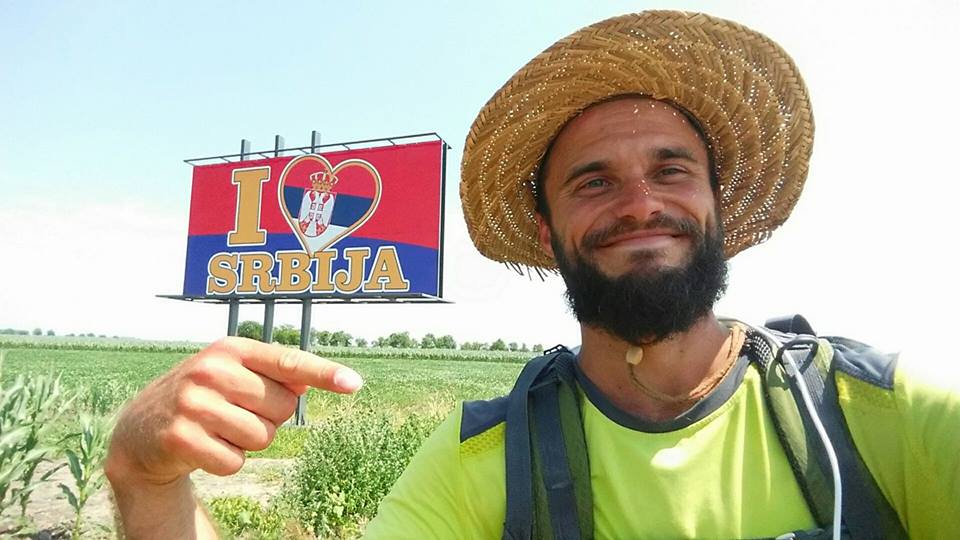 What inspired you to start this adventure to walk around the world?

I wanted to take part in an adventure where I could challenge myself, go outside of my comfort zone and accomplish something which was beyond normal limits. I wanted to feel totally free and there was no other way to do this than to walk for me. At the same time, I also wanted to create memories and experiences around the world whilst also seeing the smaller, hidden places around the world that most will never see.

This idea grew on me after seeing inspirational documentaries and reading stories about Nacho Dean of Spain and Karl Bushby who both walked around the world. They did something amazing whilst travelling the world- it was the perfect combination.

How did you train for this journey before leaving in May 2017?

I did a lot of long distance walking and cycling whilst having minimal food and water as I knew there would be instances where I would neither of these, but would need to continue walking. I also did a lot of research to understand the body, what worked well to increase levels of energy such as carbohydrates and protein, and how best to maintain and reserve energy levels over a longer period of time. I spent months training and researching before finally embarking on this journey in May 2017.

I also did a lot of mindset training and focused on understanding how the great people of the world achieved so much. This was important to allow me to get through difficult parts of this adventure. 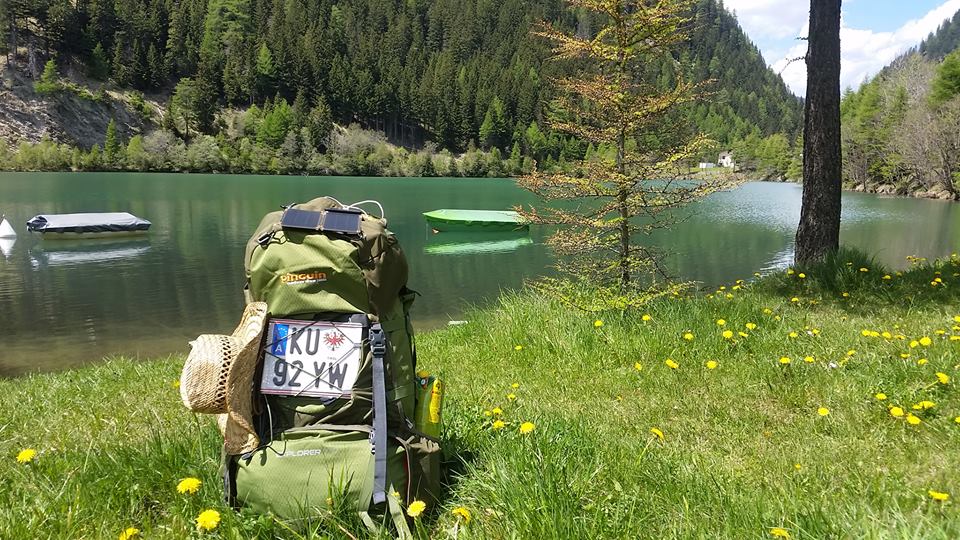 How do you plan your routes and how difficult has this been?

I did a lot of planning before I left to make things a bit easier, but as routes would constantly change, I still had to continuously plan. When I reach a new city this is when I would plan the next route by speaking to local people, using my trusted map and the internet to work out the best route to take. Â The first thing I would as soon as I got to each country was to buy a new sim card so I had access to Google Maps, but only used this in emergencies- I prefer a good old map!

Generally, I walk routes of between 300km and 500km which would usually be the difference from one big city to another. I am however really flexible, as I may come across something unique or different and would spend some extra time there, enjoying the moment. 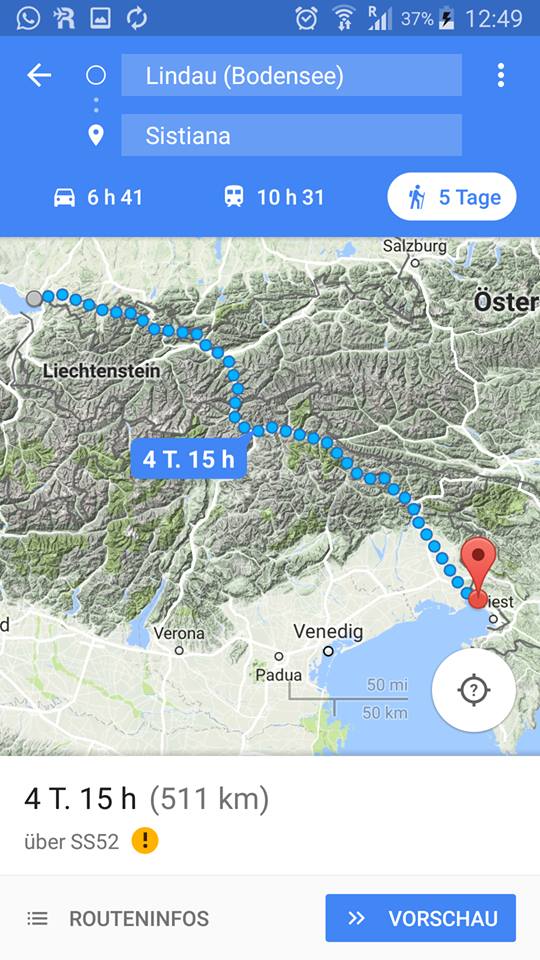 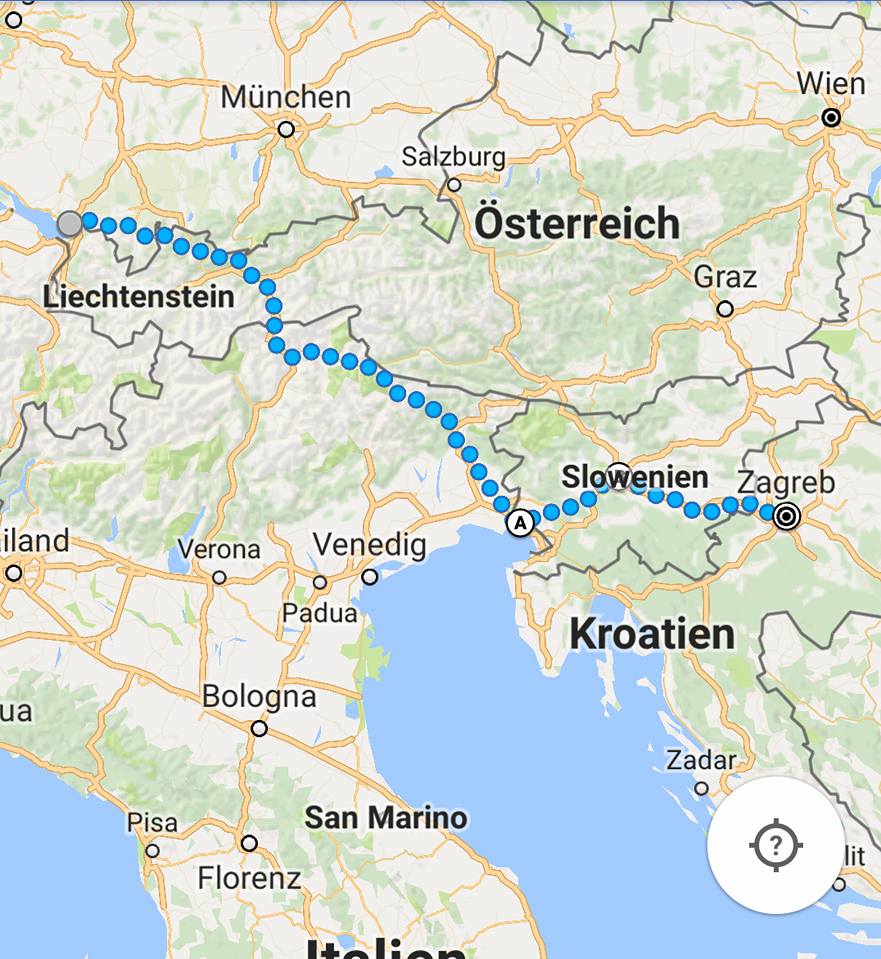 Best parts about your journey so far?

The best parts I would say is two-fold. Firstly, the views and sights I have seen on route have been amazing. Walking through the Alps was just magical. I also discovered smaller cities and villages that I am sure I would never have visited had it not been for this adventure.

The second are the people I have met. The hospitality of people has been amazing. I have been invited for food, drinks and stayed overnight in peopleâs homes who barely knew who I was. Even military officers at borders were really helpful and gave me fresh water and food. They were all so welcoming and it really showed me there is a lot of goodness in the world, which is overshadowed by a handful of bad.

By speaking to these local people, I learnt so many truths about each country and also how similar people really are around the world, we all just want to be happy and be surrounded with good people.

The messages on leaving these individuals will always stay with me. Beautiful, heart-warming and positive, I do not think I have ever experienced so much love and that too from complete strangers. 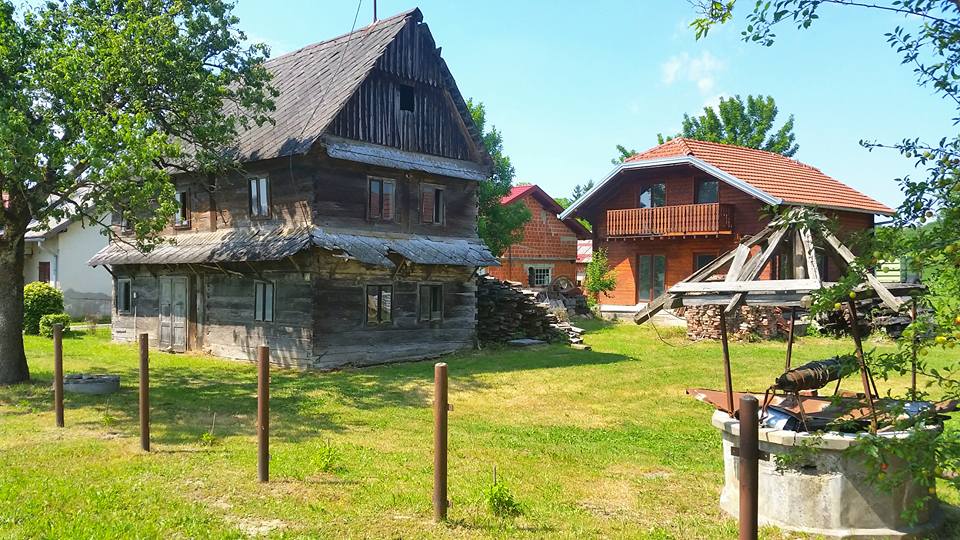 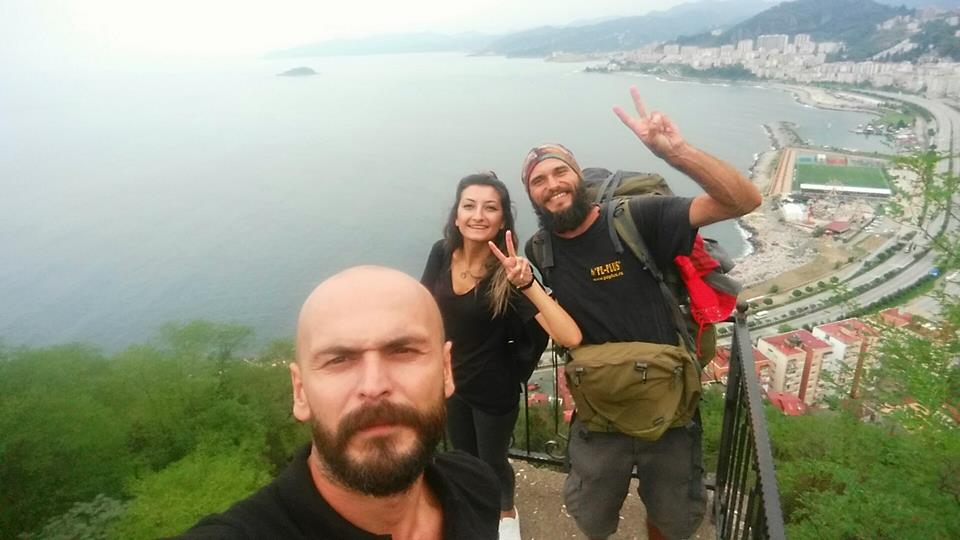 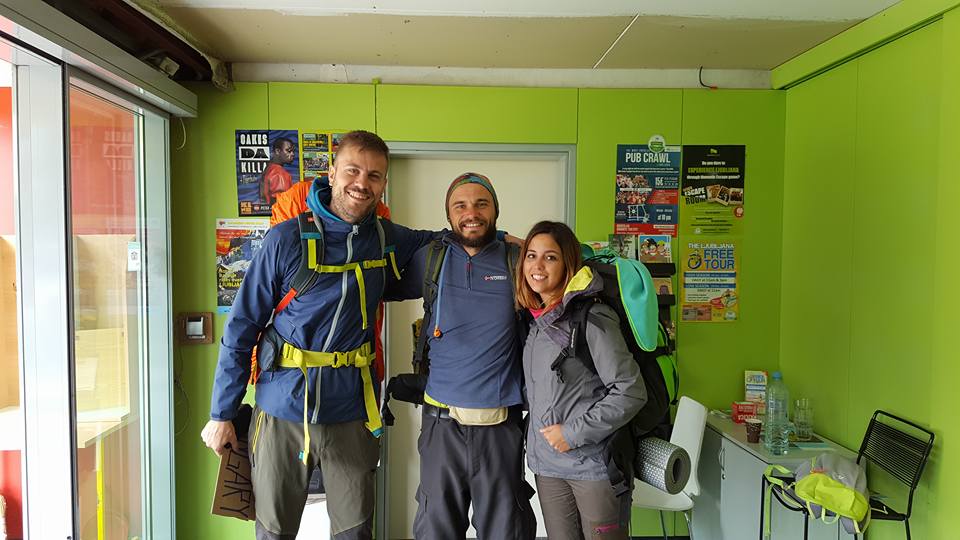 What has been the best place you have visited so far?

Walking through the Alps in Austria was magical, but also Cappadocia, in Turkey was amazing. I had never heard of this place before and suddenly whilst walking I came across tall rock clusters, I felt like I was on another planet- it was surreal. 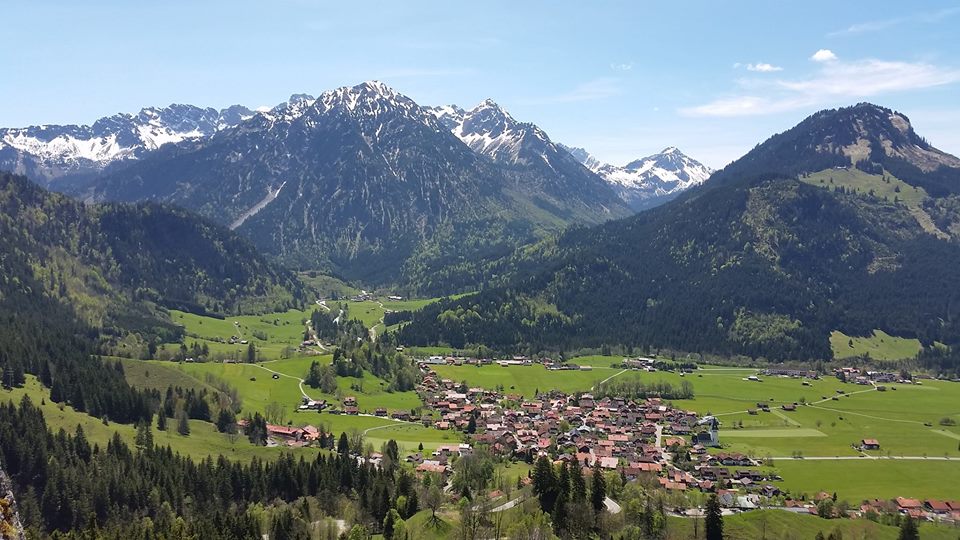 Have you come across any difficult situations, and how did you overcome them?

Yes, so many where do I start ha!

Whilst walking, I would feel my energy start to drop, which at times led to a lack of motivation to continue. I was in the middle of nowhere, I had to continue, but how did I overcome this? I would simply stop, rest and get my mindset right. Tomorrow was a new day, a new challenge, the sun was going to rise and bring me all of the energy I needed.

There were many other difficult situations. Here is just a few of them:

What key life skills do you feel you have learnt so far in your journey?

I have really learnt that there are things in life that are scary, difficult and make us anxious, but the mind is so powerful that it can help us overcome any circumstance in life. My experiences have also helped me realise how small other issues which had caused me stress before really were.

I have also improved my intuition, within 10 seconds I can work out if somebody is trustworthy or not. If there is the smallest of thing about them that I am unsure about, I will walk away immediately- simple.

I have really become a more confident and outgoing person. Having met so many different people, I now have the ability to talk to anybody! When do you expect to finish walking and in which country will you finish? How will you celebrate finishing the walk?

This is a difficult question. My end goal is New Zealand but there are so many other places to pass until I reach this goal. My first goal was to get to Asia, which I have surpassed so anything from here is a bonus!

Celebration?! I will definitely have a party with my family and friends, sharing good times and a cold beer with them of course!

Once this adventure has finished, what are your future plans?Â  Â  Â  Â Â

There will be a book for sure, possibly called “My leap of faith”. I have experienced so many emotions, seen so many things and met so many people that one conversation will never be enough! I have used my journal to collect my memories and would definitely ask all travellers to do the same! A journal is magical to write and also look back upon later in life.

When I go back to Germany, I will enjoy moments with my family and friends and continue to pursue my passion for playing the guitar.

I know I wonât be able to stay away from another adventure, so there will be something to follow for sureâ¦ but after a good rest! 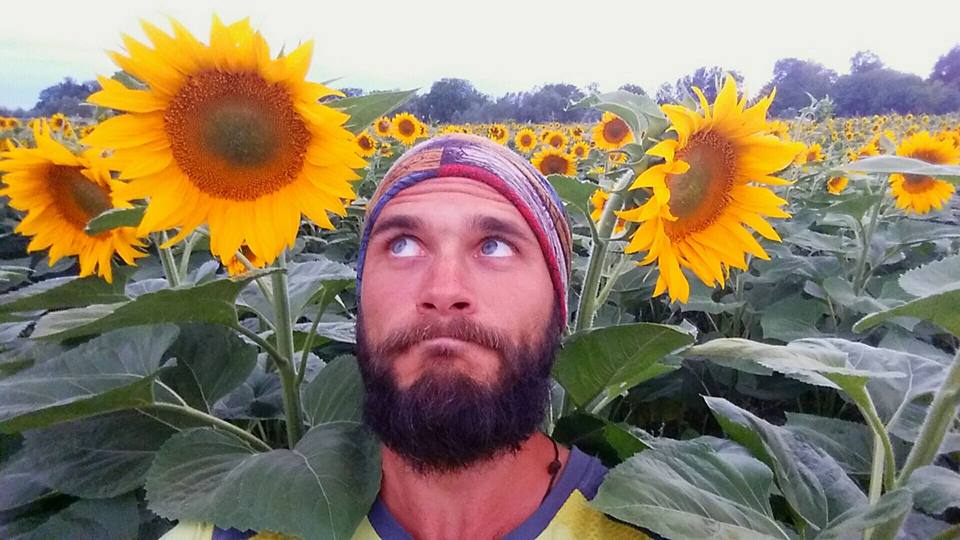 There is a lack of support in providing individuals with knowledge and educational around the world, how do you think we should work together in resolving these issues?

I have seen a lot on this journey so far and in particular have seen that our environment is really suffering. Whilst walking past the black sea, I saw it was filled with plastic bottles, cigarettes etc, it was devastating to see such a natural beauty in this way.

I see this as an educational issue and individuals should be made aware that this is not right, with the government, media and corporate companies leading the way to portray this.

In terms of education, there are children in underprivileged countries who are unable to obtain access to this and years later, they will become illiterate adults. It is a cycle which has been going on for decades. I wish people came together more often to help make a change, as together we can make a difference to anything in the world. All it takes is one person to take the first step which I hope Storyteller has done and I would encourage everybody to try and help push this amazing initiative further. Together we can make a change.

3 philosophies- If there was a major disaster and everything you had wrote, posted and shared got destroyed, what three beliefs would you want to share?Â

– Be open minded and never stop learning. This will allow you to constantly improve as a human being.

– Always be grateful and appreciate the people in your life who would give everything to see you happy.

– Don’t hurt other people, animals or the environment. This will allow you to be at peace, and allow you to earn respect from others.

– And four (sorry an additional one!) Never stop believing in yourself. Be brave, be the example for people around you and show that with passion and perseverance, you can achieve anything. 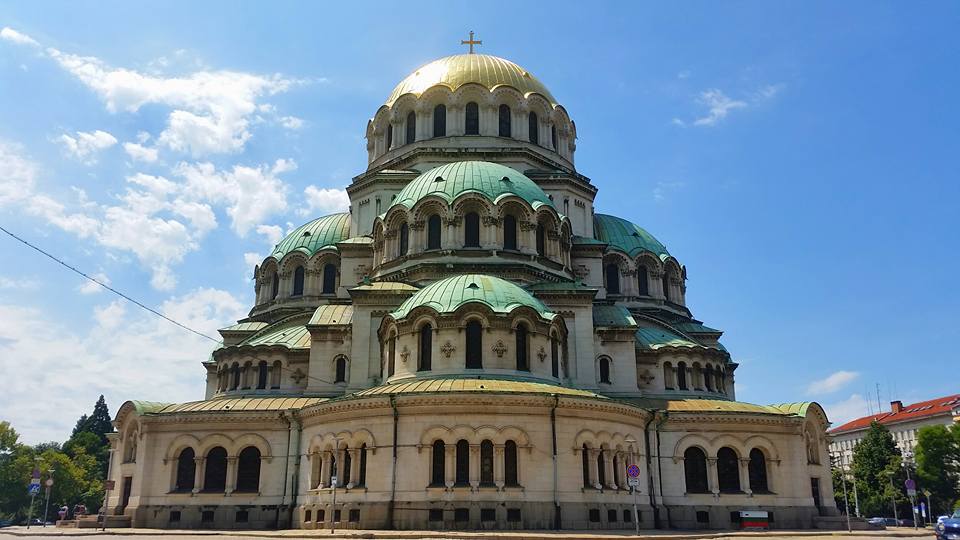 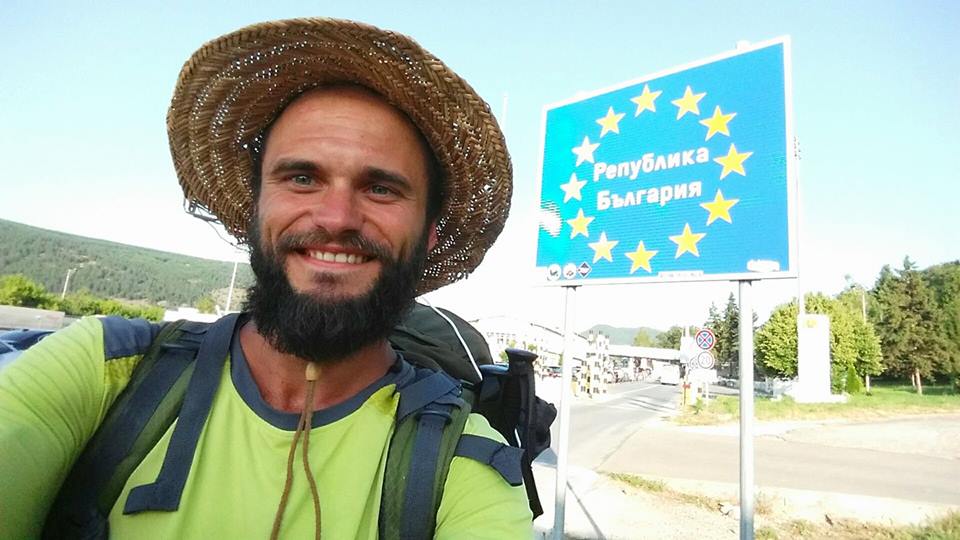 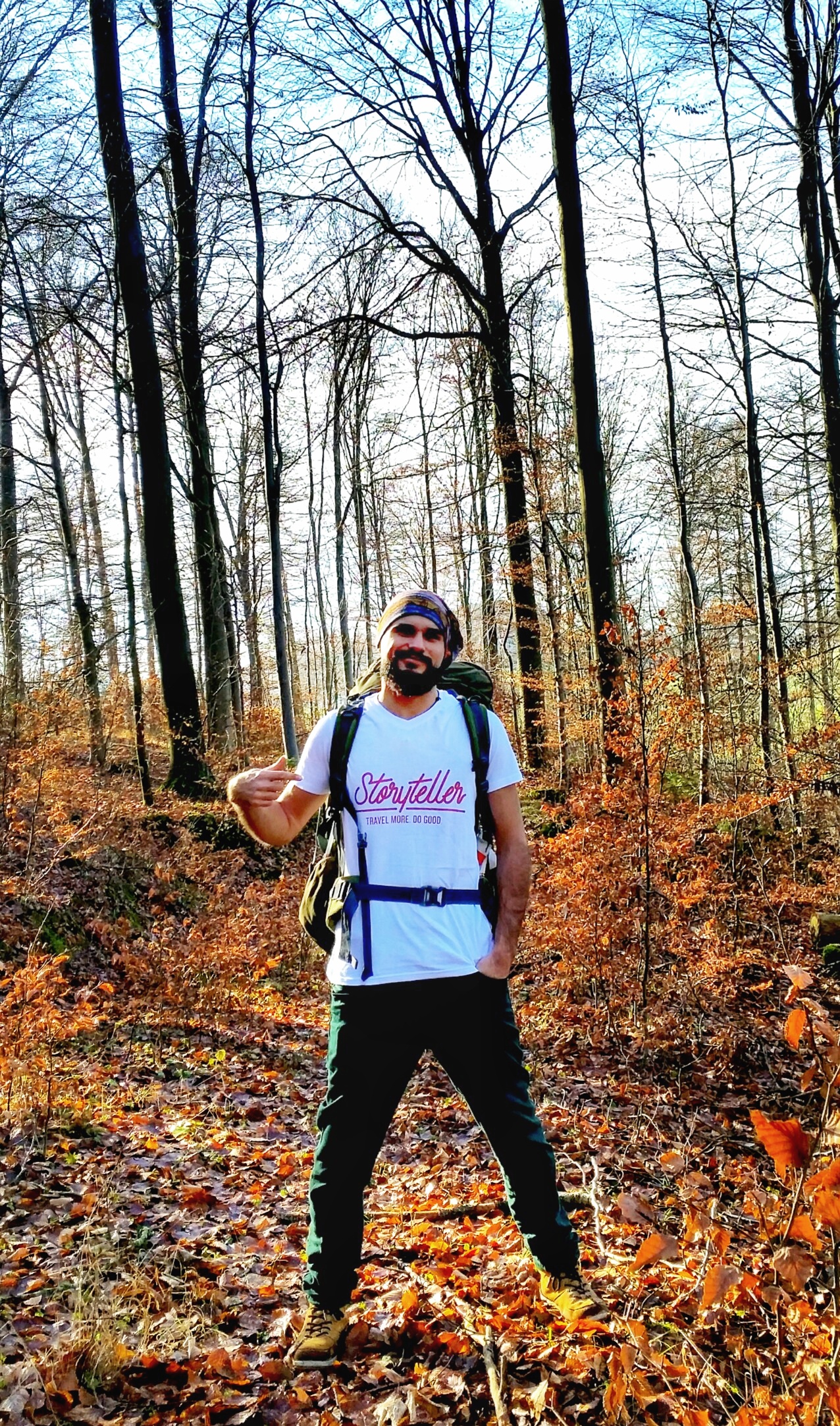